Trying To Kill Mould Yourself? Read This FIRST If you’ve found mould in your home, chances are you want it gone as quickly as possible to avoid large, and often costly infestations.

As a solution, most people turn to DIY mould removal methods as the best course of action. Besides, there’s no shortage of how-to guides online…

Many of these DIY guides will point you in the direction of natural remedies and store bought products – but are these DIY methods safe, let alone effective?

Is It Ever Safe To Remove Mould Yourself?

Before diving into how to remove mould yourself, we thought we’d clarify when, and if, it’s actually safe to do so.

It is possible to remove small spots or patches of mould yourself, as long as they are no larger than the palm of your hand.

Any attempt to remove larger infestations could put you at risk of aggravating mould spores, causing them to spread throughout your property, and only worsening the issue at hand.

Now that we’ve cleared up when it’s actually safe to attempt mould removal yourself, let’s look at some of the most popular DIY mould removal remedies you’ll find online.

We’ll assess their usefulness and whether or not they’re actually effective at killing mould.

These popular remedies include:

Vinegar is a natural, non-toxic acid that can help remove up to 82% of surface mould. To do so, white distilled vinegar at 5% acidity or cleaning vinegar at 6% acidity is recommended.

While vinegar can be effective at removing small spots of surface mould, it will do nothing to eradicate mould’s airborne spores. And it’s these airborne spores that allow mould to continue to grow and spread throughout the home. While clove oil won’t kill mould, it’s high level of antifungal properties make it one of the best natural remedies for mould prevention. In fact, it is one of the best essential oils for stopping the growth of a range of fungi.

However, the same as vinegar, clove oil will do nothing to eradicate mould’s airborne spores. This means it will only be useful for preventing or treating small spots or patches of mould.

Unlike most DIY methods that only remove or prevent mould, sunlight actually kills it.

Yes that’s right, sunlight is one of the most effective ways to kill mould naturally.

How? The sun’s short wavelengths of ultraviolet light are germicidal, meaning they can destroy and eliminate both mould and other germs. However, it is important to note that sunlight is only effective at treating mould on objects that can be moved outside like clothes and furniture.

It is important to note that the effectiveness of sunlight on mould depends on the size of the infestation and the duration of UV light exposure.

Find out more about how to kill mould with sunlight. Eucalyptus Oil is another essential oil that has been seen to be beneficial for preventing or removing small patches of mould, with recent studies suggesting it has moderate antifungal benefits.

Along with its antimicrobial effects, eucalyptus oil is also thought to have air purifying benefits that may help kill moulds’ airborne spores. So, while it doesn’t directly kill mould, eucalyptus oil helps inhibit mould from growing and producing new spores. 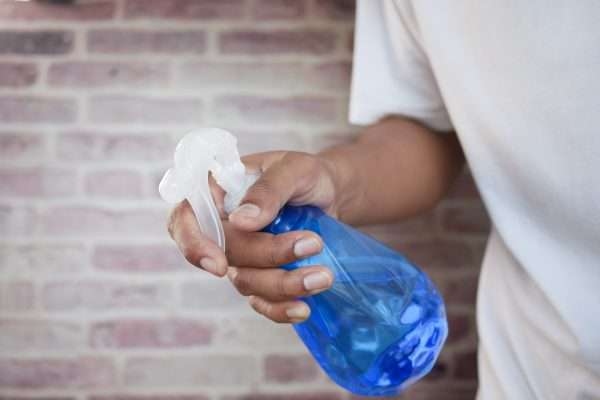 When people come across mould in their homes, one of the most popular DIY options is to reach for the bleach. However, you might want to rethink what you know about bleach for mould removal…

While there’s evidence bleach can kill fungi, when it is at a concentration high enough to do so, it can also corrode tiles and grout, making them more porous and more susceptible to mould growth.

Even worse, bleach can often remove the colour from the mould rather than the mould itself. So you’ll think the mould is gone when in fact the bleach has just made it invisible.

Find out more on why bleach is not recommended for mould removal.

While some of these DIY remedies can be effective for preventing and removing small spots of surface mould, they do nothing to treat the actual cause of mould. And without treating the cause, the mould will continue to return time after time.

Therefore, MouldMen doesn’t support the use of any homemade DIY remedies to kill mould as they simply aren’t effective.

When people discover mould in their homes, another popular option is to head straight to the supermarket or hardware store in search of an off the shelf ‘mould killer’.

However, some of these household staples can often be doing more harm than good when it comes to removing mould. 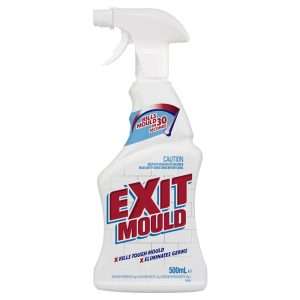 Bleach is one of the key ingredients in Exit Mould. And as we’ve mentioned, bleach should be avoided when removing mould from your home.

So much so that consumer watchdog ‘Choice’ even awarded Exit Mould a Shonky Award in 2012 for falsely advertising it could remove mould from your home. 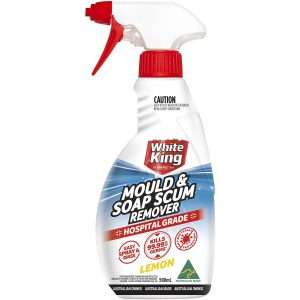 White King is another popular off the shelf mould removal product. However, you don’t have to stare at the label for long to notice it’s key active ingredient is Sodium Hypochlorite (aka bleach).

This means that White King is another popular mould removal product that is ineffective when comes to killing mould.

This product also contains, Sodium Hydroxide, a substance that has the ability to corrode grout, making it more susceptible to future mould growth. 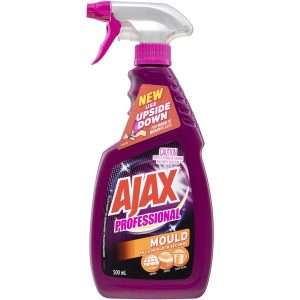 Another popular off-the shelf mould removal product that, you guessed it, has Sodium Hypochlorite listed as the number 2 ingredient.

The Verdict – It All Comes Down To Ingredients

Most commercially available mould cleaning products look like they’re doing the job, when in fact they could be making the problem worse.

The ingredients found in many store-bought DIY remedies are often ineffective at killing and removing mould.

Why? Most of them use bleach (often listed as sodium hypochlorite) as an active ingredient and quite simply, the concentration of bleach is not strong enough to effectively kill mould.

So what ingredient should you look out for that all these products lack?

A Mould Removal Product You Can Trust 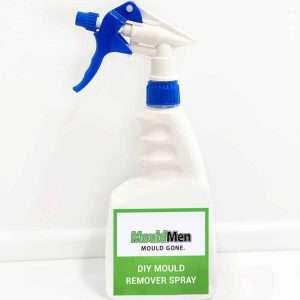 MouldMen’s Mould Removal Liquid is a commercially made product containing a quaternary ammonium compound base solution.

The revolutionary ‘Zoono technology’ used in the product creates a molecular layer that can kill pathogens like mould for up to 30 days.

When compared to other off the shelf mould removal products, MouldMen’s Mould Removal Liquid is a reliable and effective solution that kills mould without the use of harmful chemicals. As we’ve mentioned, the DIY methods that do work are only effective for removing smaller patches of surface mould, not it’s airborne spores.

That’s why in the case of larger infestations, professional mould remediation is always recommended as the safest, most effective option.

Why? A mould remediation company will not only remove all physical mould from your home, but identify any hidden infestations and remove mould’s airborne spores as well.

These airborne spores allow mould to continue to grow and spread, so removing them is essential to help stop mould from returning.

That’s why professional removal is the only recommended option for larger infestations.

Inspections Cost You Nothing But Could Save You Thousands

If you’re concerned about mould becoming a problem in your home, the best thing you can do is seek out a mould inspection from a professional remediation service.

These inspections cost you nothing but often end up saving you thousands in the long run by catching a mould infestation early.