What Is Orange Mould? (And Is It Dangerous?) 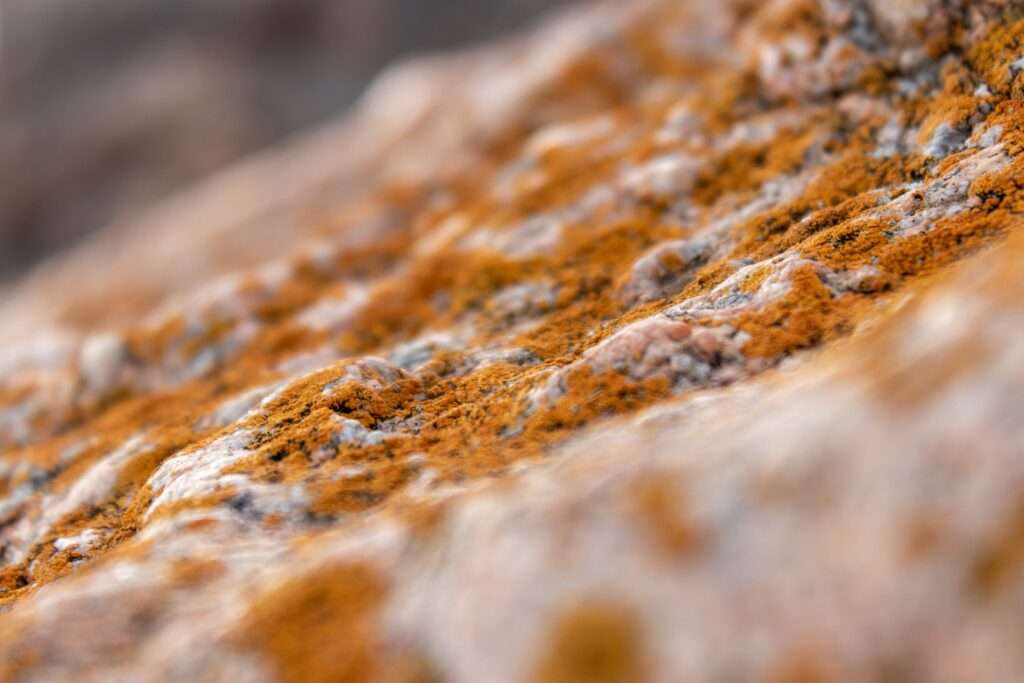 Often looking like ‘dog vomit’, orange mould is one of the most unsightly mould types found both inside and outside the home.

Here, we’ll look at what orange mould is, if it’s dangerous and what to do if you find it in growing in your home.

Firstly, What Is Orange Mould?

Easily distinguishable by its bright orange colour, orange mould is a fungus that works to break down organic matter. It loves dark, moist places like soil and some foods.

Rather than having a powdery or fuzzy texture like most common moulds, orange mould is typically slimy, wet and often appears lumpy. The reason it’s classified as a ‘slime mould’.

Contrary to what you might think, orange mould isn’t just one species of mould. It’s a general term used to describe any mould type that appears orange throughout its lifespan. Some of the most common orange mould species include Acremonium, Fuligo Septica and Trichia Varia.

Some orange mould species are considered more harmful than others. Also, mould may not affect everyone in the same way.

While most orange mould species are harmless, others like Acremonium are classified as a ‘toxic mould’ and may be a hazard to your health.

Inhaling the mycotoxin spores of toxic mould is particularly dangerous for those with weak immune systems. It can result in mould exposure symptoms like respiratory irritations, runny eyes and coughing.

To find out more about the health effects of mould, see our article here.

In most cases, the danger of orange mould is closely tied to the mould species, how severe the infestation is, the length of exposure and the health of those living in the home.

This is why we always recommend taking advantage of our free inspection process to give you peace of mind.

Where Does Orange Mould Grow?

Like all mould types, orange mould thrives wherever there is moisture. However, unlike other moulds, orange mould loves wood more than any other surface.

You’ll typically find it in:

To prevent orange mould from occurring in your home, actively try to limit moisture and increase ventilation, especially in areas with exposed wood.

Found Orange Mould In Your Home? Here’s What To Do

You’ll want to remove orange mould as quickly and effectively as possible to stop it in its tracks. You can either:

Small spots of mould in the bathroom or kitchen may not require a mould remediation service. Instead, DIY methods like bleach-free mould removal products or vinegar are helpful for stopping or slowing down the growth of orange mould.

DIY mould removal methods are only a temporary solution. Without treating the cause of the mould, it will return time and time again.

While these methods may work on small areas of mould, the same does not apply to patches larger than the palm of your hand.

Disclaimer: If you’re going to remove mould yourself, you must do so safely. This means wearing a mask and gloves so you don’t breathe in or come into contact with mould spores.

A professional mould remediation company is your best option for removing large or reoccurring patches of mould. They’ll safely remove the mould, identify what’s causing it and outline the best ways to prevent it from returning.

This is especially important for large areas of orange mould. As it typically eats its way through organic materials below the surface, it is difficult to completely eradicate yourself.