Found Mould In Your Home? These Are Your Options 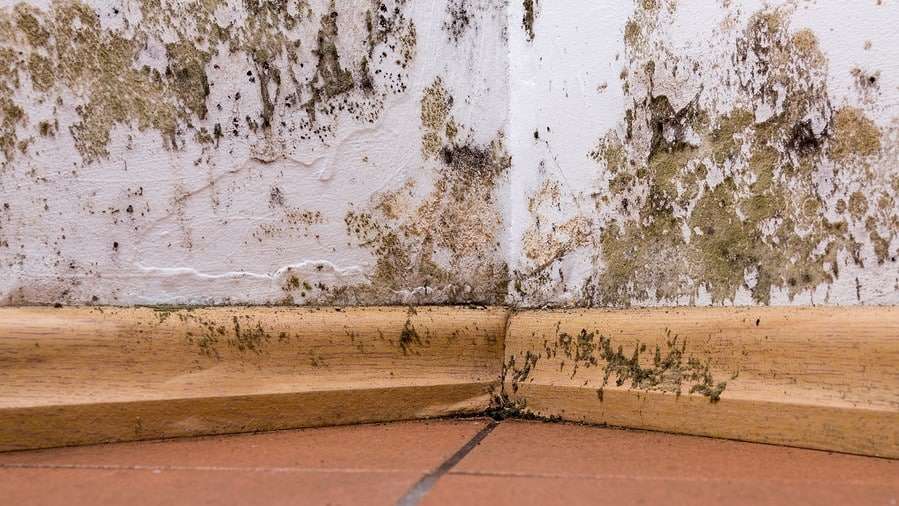 Finding mould in your home can be confronting and scary – but it doesn’t need to be.

Mould affects roughly 70-80% of Australian homes, so believe us when we say you’re not alone if you do find it growing in yours.

In this article we’ll break down the steps on what to do if you find mould growing in your home, what’s causing it and how to prevent it from returning.

What Are Your Options?

If you find mould in your home, you’ll want to remove it as quickly and effectively as possible to avoid the (often costly) consequences of larger infestations.

Quite simply, your three options are: There are many popular DIY mould removal treatments out there such as vinegar, clove oil and even sunlight. However, these methods are only helpful for infestations smaller than the palm of your hand, and even then, they are more useful for the prevention of mould rather than killing it.

Removing patches of mould larger than the palm of your hand yourself can put you at risk of inhaling dangerous mould spores.

It is often difficult to eradicate mould completely via DIY methods, especially if the mould is the result of larger plumbing or moisture issue.

Removing mould yourself can also put you at risk of leaving any subsequent hidden infestations to grow and spread.

That’s why at MouldMen, we don’t recommend the use of DIY methods as a complete solution for killing mould. If you find yourself dealing with large or reoccurring patches of mould, the best thing to do is call in a professional mould remediation company.

Professional mould remediation is the only effective way to return your home to a safe, mould neutral state.

The mould remediation process is thorough and will not only remove all physical and airborne mould in your home, but identify it’s cause and the best methods for future prevention as well.

Professional mould remediation involves a certified technician coming to your home and inspecting the property to determine the cause and extent of mould growth.

If you want to learn more about professional mould remediation, see our article here. For most, the ‘do nothing’ approach is the most tempting of the three, especially if the mould you find is only small. However, mould grows every 24 hours, usually colonising within the first 12 days of being visually noticeable.

This means that the longer mould is left to grow, the greater the cost of mould removal in the future will become. Not to mention the structural damage to your home and risk to your health mould can incite, which we’ll touch on a little later.

What If I Live In A Rental Property?

As a tenant, you have direct responsibility to keep the property in a clean, hygienic state. However, preventing mould is not always that simple.

Mould growth can often be the result of things out of your control like water damage or inadequate ventilation.

For reoccurring mould or patches larger than the palm of your hand, it’s best to contact your landlord and request a mould removal service for remediation.

Find out more about how to deal with mould in a rental property here.

Is Mould In The Home Dangerous?

However, this doesn’t mean finding a small patch of mould in your bathroom or kitchen should spark panic.

As we mentioned at the beginning of this article, there is no doubt every Australian home has mould present to a certain degree, it’s a natural part of the ecosystem after all.

But not all mould is dangerous and needs to be a cause for concern. In fact, the only time it should be a concern is when it is left untreated to grow inside the home, putting you at risk of constantly inhaling its potentially toxic spores.

So, if you fall into the ‘do nothing’ camp listed above, you might want to educate yourself on the symptoms and health concerns of living in a mould-infested home.

The Symptoms Of Long-Term Mould Exposure

Mould exposure symptoms can result from living in a home or sleeping in a room infested with mould, constantly inhaling its spores. Symptoms of prolonged mould exposure can include:

However, it’s not always that simple. As we’ve mentioned there are individuals more at risk of mould than others.

To find out more about the symptoms of mould exposure and who is most at risk, see our article here.

Why Is Mould Growing In My Home?

As you’ve probably heard us say throughout this article (and all of our articles in fact) is that if the cause of the mould is not addressed, it will continue to return.

So, let’s look at some of the most common causes of mould in the home. These include: Mould can begin to grow in a flooded home within as little as 48 hours. So if your home has suffered flooding or severe water damage, it is important to take action as soon as possible with the help of services like water damage restoration and structural drying.

A common cause of mould in the home that can often go undetected is leaking pipes or roofs. By the time these problems are addressed mould growth is typically already out of control. So if you spot signs of leaking pipes or roofs, be sure to act as quickly as possible to avoid a serious mould infestation.

If the right conditions are met, mould can grow in any room of the home. However, some areas are more prone to mould growth than others. These include:

How Do I Stop It Coming Back?

As we’ve mentioned, mould relies on moisture in order to grow and spread. So, to keep moisture at a minimum in your home, follow these best practices to prevent mould from returning.

For more information on how to prevent mould in your home, see our mould tips page here.

A Free Inspection Is The First Step To A Healthy Home

If you find mould in the home or property, it’s important to take immediate action to avoid an infestation.

For infestations larger than the palm of your hand, skip the DIY treatments and seek out a reputable mould remediation company.