Your Guide To Natural Mould Removers: What Works & What Doesn’t Non-toxic mould removers are safer, eco-friendly and (let’s face it) kinder on our olfactory senses. And you don’t have to look around the internet for long to find a wealth of natural mould removal remedies.

But how effective are they and do they actually ‘kill’ mould as so many claim?

In this article we’ll look at 7 of the most popular natural mould remedies out there and assess their effectiveness when it comes to killing and preventing mould.

Most natural mould removers cannot actually kill mould. BUT, they are useful to help prevent, temporarily remove or slow down small amounts of mould growth.

Natural remedies will not only be ineffective, but also dangerous, for removing patches of mould any larger than the palm of your hand.

And while some of the below remedies may be useful for cleaning or removing small patches of mould, they’ll be useless if the underlying cause of the mould  is not addressed.

The 7 Most Popular Natural Mould Removers

Now you know these methods won’t act as a complete solution for eradicating mould, some can still be effective for preventing or cleaning small spots of it.

Here, we’ll give our verdict on some of the most popular natural mould removers out there – what works, what doesn’t and what to avoid completely. Without a doubt, vinegar is one of the most popular natural mould removal remedies out there. But does it actually kill mould as many articles suggest?

While the antifungal and antibacterial properties of vinegar make it effective for removing roughly 82% of household mould, it can’t remove its airborne spores.

Therefore, vinegar is only a temporary solution for removing mould on porous and non-porous surfaces. 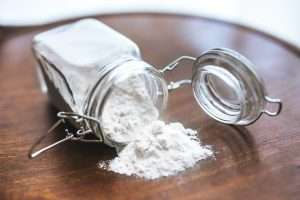 The pH of baking soda (8-8.1) is too alkaline for mould to thrive, meaning it can be effective at removing mould and mould odours on non-porous surfaces. Additionally, baking soda is hygroscopic, meaning it can help absorb moisture that fosters mould growth in the first place.

Therefore, baking soda can be useful in preventing mould growth before it becomes a serious infestation. 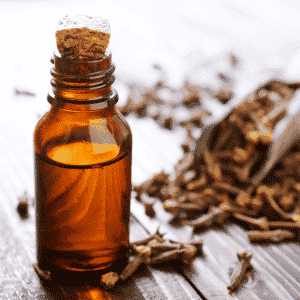 Clove oil possesses a high amount of antifungal properties, making it one of the most popular natural remedies for mould prevention and cleaning.

However, while it may be effective for prevention, clove oil will do nothing to stop a serious infestation in its tracks. Therefore, we wouldn’t recommend it as a complete solution for removing mould. Due to vodka’s high level of pure alcohol, it’s believed to be antimicrobial when it comes to treating mould. And it’s thought that the cheaper the vodka, the better, as these varieties are usually distilled fewer times and contain more congeners (substances produced during alcohol fermentation).

However, the jury is still out on vodka’s actual effectiveness on mould, so we wouldn’t recommend it. Sunlight produces UV-C radiation, a type of ultraviolet light that effectively kills mould. It’s the reason you don’t often see mould growing out in the open, as the sun’s heat is ideal for drying out the moisture mould thrives on.

However, it’s important to note that while direct sunlight may be effective at killing mould on clothes or furniture, you can’t exactly transport your kitchen sink or bathroom tiles out into the sun… Known for its antimicrobial effects, eucalyptus oil is one of the few natural mould cleaners thought to have air purifying qualities. This means it may help remove mould’s airborne spores.

And while it doesn’t directly kill mould, eucalyptus oil is known to inhibit mould growth, stopping it from producing new spores. Therefore, eucalyptus oil may be helpful for keeping surfaces clean and preventing mould from occurring in the first place. Tea tree oil is one of the most widely used essential oils for mould due to its natural antimicrobial properties. In fact, a 2015 study found that that tea tree oil was more effective at inhibiting mould than vinegar or industrial disinfectants.

While initial studies are promising, tea tree oil shouldn’t be used as a complete solution for killing mould.

While there are plenty of natural mould removal remedies out there (some more effective than others) they will do nothing to address the cause of mould, meaning it will continue to return.

Most natural remedies only remove mould at surface level, leaving it to continue to grow beneath the surface and spread via it’s airborne spores.

Therefore, these remedies should only be seen as a form of general cleaning and prevention rather than a complete solution for a serious mould infestation.

MouldMen’s unique antimicrobial misting treatment eliminates 99.99% of mould without the use of toxic or harmful chemicals. It’s material, skin, food, pet and plant safe and biodegrades withing 48 hours of treatment.

So for an effective, yet still natural, way to kill mould effectively, call MouldMen on 1300 60 59 60 to book your free inspection today.